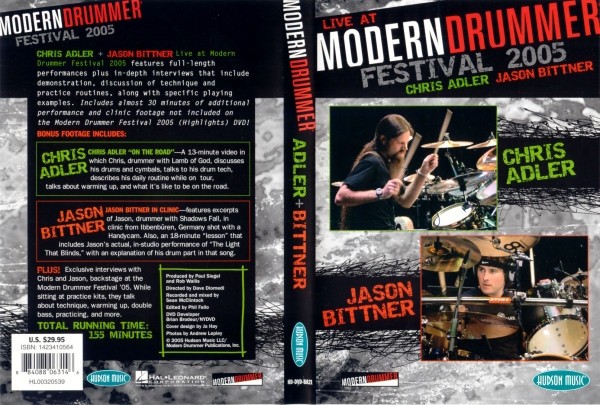 This DVD features full-length performances plus in-depth interviews that include demonstration, discussion of technique and practice routines, along with specific playing examples. In the Chris Adler segment, this drummer from Lamb of God discusses his drums and cymbals, talks to his drum tech, describes his daily routine on tour, talks about warming up, and discusses what it's like to be on the road. The Jason Bittner section features excerpts of this drummer from Shadows Fall in clinic from Germany, plus a lesson that includes Jason's in-studio performance of “The Light That Blinds” with an explanation of his drum part in that song. Also includes exclusive interviews with Chris and Jason, backstage at the 2005 Modern Drummer Festival.